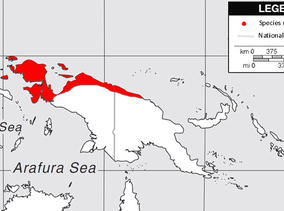 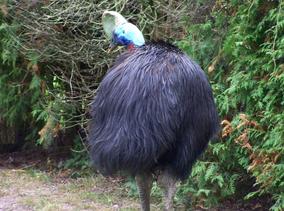 It has hard and stiff black plumage, blue facial skin and a casque on top of the head. It has a bright red or yellow colored neck and wattle. The feet are huge and strong with long, dagger-like claw on its inner toe. The sexes are similar. The male, at 30 kg, is smaller than female, at 58 kg, making it the worlds third heaviest living bird species after the Ostrich and Southern Cassowary. These birds measure 149 cm long and stand 1.5–1.8 m in height.